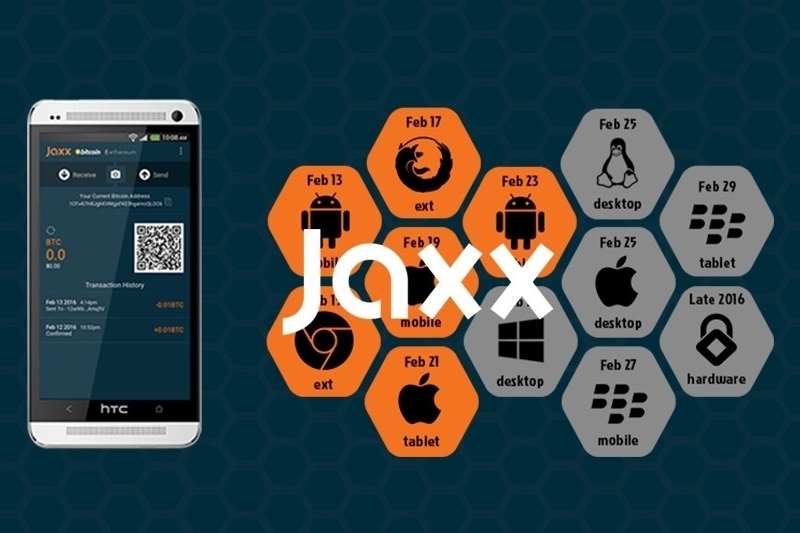 I am a “crypto-noob” by all means but am aware of some core concepts and I am a programmer myself by trade. I am gaining an understanding of this whole “Crypto-verse” and actually, been having a lot of fun doing so, that is, until the Jaxx wallet decision to delay, postpone, disregard, and otherwise obfuscate releasing their own users Bitcoin Cash.

Currently, they are in the middle of a marketing campaign #30DaysofJaxx while still holding onto their entire user-bases Bitcoin Cash. This just doesn’t make sense. I don’t think there is any wallet service or software out there not supporting Bitcoin Cash at this point. And to me, this goes against everything Bitcoin stands for.

Jaxx is acting as a fiat bank in this situation. The Bitcoin hard-fork of August 1st was 40 days ago as of the publishing of this article, and I am baffled as a programmer, Bitcoin enthusiast, and perhaps most importantly — A Jaxx customer.

It wouldn’t matter if Bitcoin Cash’s value was less than $0.01 USD, it’s the principle of not having control over my own property, 40 days after the Bitcoin block-chain hard-fork. Jaxx’s refusal to release Bitcoin Cash to the users that they owe, whilst promising over and over that they are, is essentially what a fiat currency bank would do to it’s customers in an economic crisis.

In a situation where transparency is important, not false promises, Jaxx is handling this situation miserably from a customer service standpoint.

The evidence is all over their Twitter pages. Even on posts not about Bitcoin Cash, users are making remarks about Jaxx not releasing (BCH), and asking when they plan to, only to be met with generic responses from jaxx_support.

We're still running tests to make sure we can release #BCH without any technical issues. Our devs are working around the clock on this! 2/2

Running tests, then testing again, and again. Do the new alt-coin wallets get this much attention?


Their current marketing campaign is a real kick in the stones to those that had their Bitcoin in a Jaxx wallet, such as myself, when the hard-fork happened. Their #30DaysOfJaxx campaign — while harmless on the surface — is essentially rubbing shit in the face of Bitcoin holders that are stuck, by showcasing how easily and swiftly Jaxx can produce and release wallets. Just not Bitcoin Cash. Seems odd right? I struggle to find logic other than a marketing scheme, which still doesn’t address the scope of time this is taking and the ever growing amount of angry Jaxx customers. So much so, Jaxx makes a point to “tweet” out every week their “Twitter Stats” to showcase how many users have recently followed them… let’s see how many have un-followed them.

This situation has left many crypto users sour. And rightfully so.

Their current marketing campaign, showing us how easily they can integrate and release new wallets for alt-coins, is really in poor taste. I have already made a prediction on Twitter that they will release Bitcoin Cash on day 30.

For those not in the programming space, the excuses may be believable… but even from a non-technical standpoint; Google search “Great things accomplished 30 days” and you will find some astounding results of real-life situations where great structures, battles, industry and engineering feats have been accomplished, in less than 30 days. 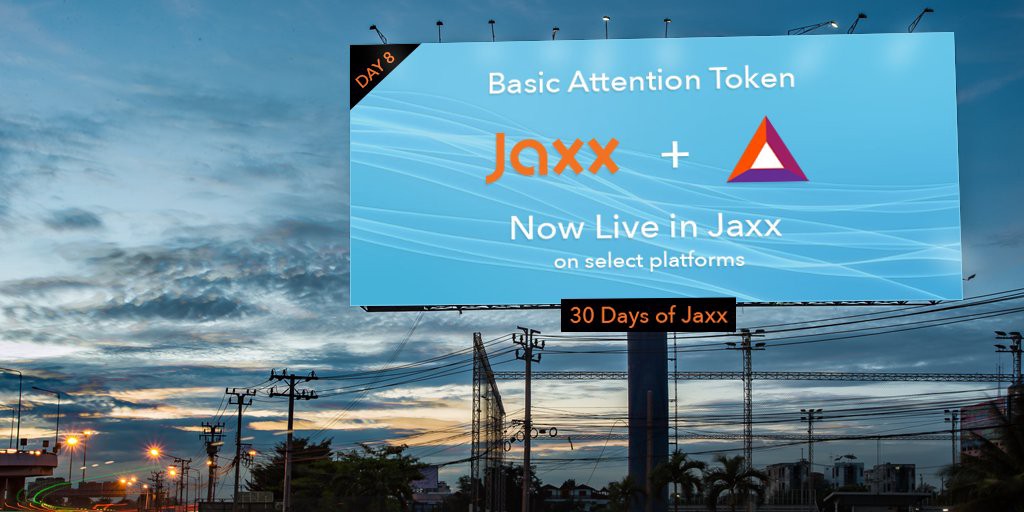 Every day during the Jaxx #30DaysOfJaxx campaign, new alt-coin wallets and integration released. While Bitcoin Cash is just nowhere to be found.

The only place Jaxx is even addressing Bitcoin Cash is on Social Media and their blog, not their own website. And they are doing so by selling customers on the “testing” and “difficulty” of getting it ready for release while — in the meantime — most, if not all of their competitors have (released the BCH), many a few short days/weeks after the hard fork.

Why is the competition so far ahead of Jaxx? Why was the same task so much easier for competitors? Motive starts coming into question here. Especially witnessing a influx of new alt-coin wallets supported by Jaxx over the course of their marketing campaign. 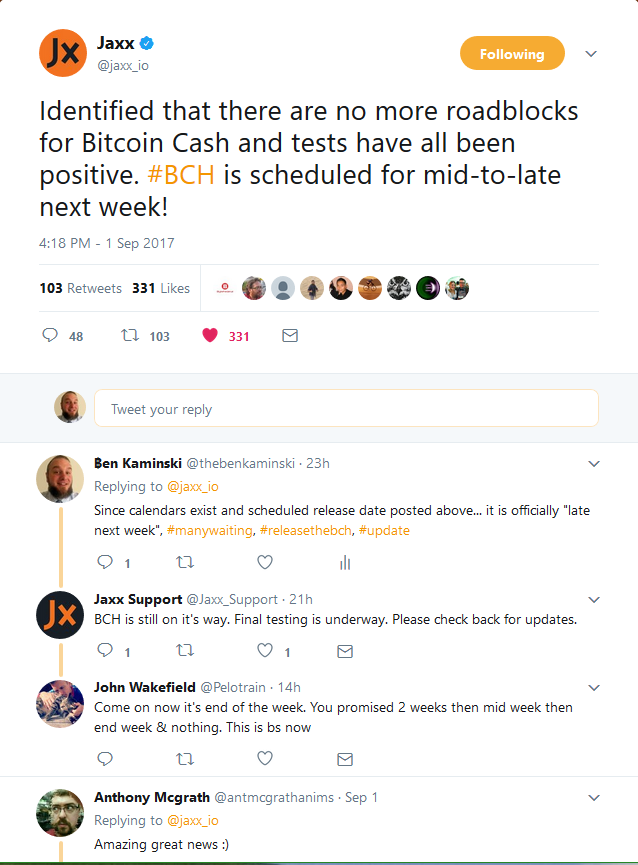 Look at the timestamp!

Well, “mid-to-late” this week has come and gone. No Bitcoin Cash for Jaxx Wallet customers. Only promises that they are working “round the clock” on it, while releasing new alt-coin wallets daily. Where is logic?

With Bitcoin Cash currently sitting around the $500 to $600 USD mark, Jaxx — as a company — is sitting on a lot of owed Bitcoin Cash. Why are they doing this? I believe that is an extremely valid question that is being avoided. As stated before, I could care less if it were less than a penny, why not relinquish control to your Bitcoin customer base rather than cater specifically and indignantly to alt-coin custys?

*While I know that Jaxx will eventually release the owed Bitcoin Cash, I can’t say with any certainty as to when, and neither can Jaxx and they should stop trying and start producing facts.

Identified that there are no more roadblocks for Bitcoin Cash and tests have all been positive. #BCH is scheduled for mid-to-late next week!

No more roadblocks? Seems that is definitely NOT the case.


*edit, I actually don’t know that they will ever release it. Until I see the update come out, I can only say “I hope” rather than “I know” above.

Stop deceiving your customers on Twitter, stop making false promises regarding Bitcoin Cash, and most importantly STOP #30DaysOfJaxx until you figure out the Bitcoin Cash wallet problems that you’re having while the rest of the industry has had no problem.

Jaxx’s focus on alt-coin wallet creation while they hold on to lots of owed Bitcoin Cash is in extremely poor taste and I’m sure their user base will reflect that over time.

And here, Jaxx “shows me the door” having no idea whether or not I even use their product. LOL. You know what happens when we assume?

Why don't you export your keys now and use another service? No need to wait. I'm sure there are good alternatives out there. Best of luck!

The truth of the matter here is, I’ve been done with Jaxx since about 2 weeks after the hard-fork. They got replaced (in my world) with the “Ledger Nano S” which I highly recommend.

*for the skimmers*
I’m technically inclined enough to know what to do with my private keys. I have quite a few non-technical friends and family who are quite frustrated and who lack the ability to safely and securely be able to export their private keys to another wallet. For them, I keep bothering Jaxx about their seeming lack of interest in Bitcoin Cash.

Regardless of how you look at the situation, this should not be happening or taking this long and Jaxx will not explain why. Therefore, social experimentation and failed marketing strategies come to mind. Only time will tell what’s next.

Maybe Jaxx read my post here as hours after the release of this post, they made a promise on their blog that BCH will be released next week:
Check it out!

*According to the blog post, it’s taking so long because the Bitcoin block-chain is so enormous in size. 😐😒🤔 This is BS because, as previously stated, the very same task only took others in the industry a few days/weeks — not 2 plus fortnights!.

More #fakenews and #falsepromises or will they solve the seemingly endless problem of indexing the Bitcoin Block-chain, which as stated before, the rest of the industry accomplished quite a while ago? Only time will tell because Jaxx/Electron surely won’t!

So Jaxx banned me from their Twitter Page (@jaxx_io) because of this article. I must have stated some facts here that they didn’t want getting out, or they grew tired of my complaining, but… isn’t that what Twitter is for? 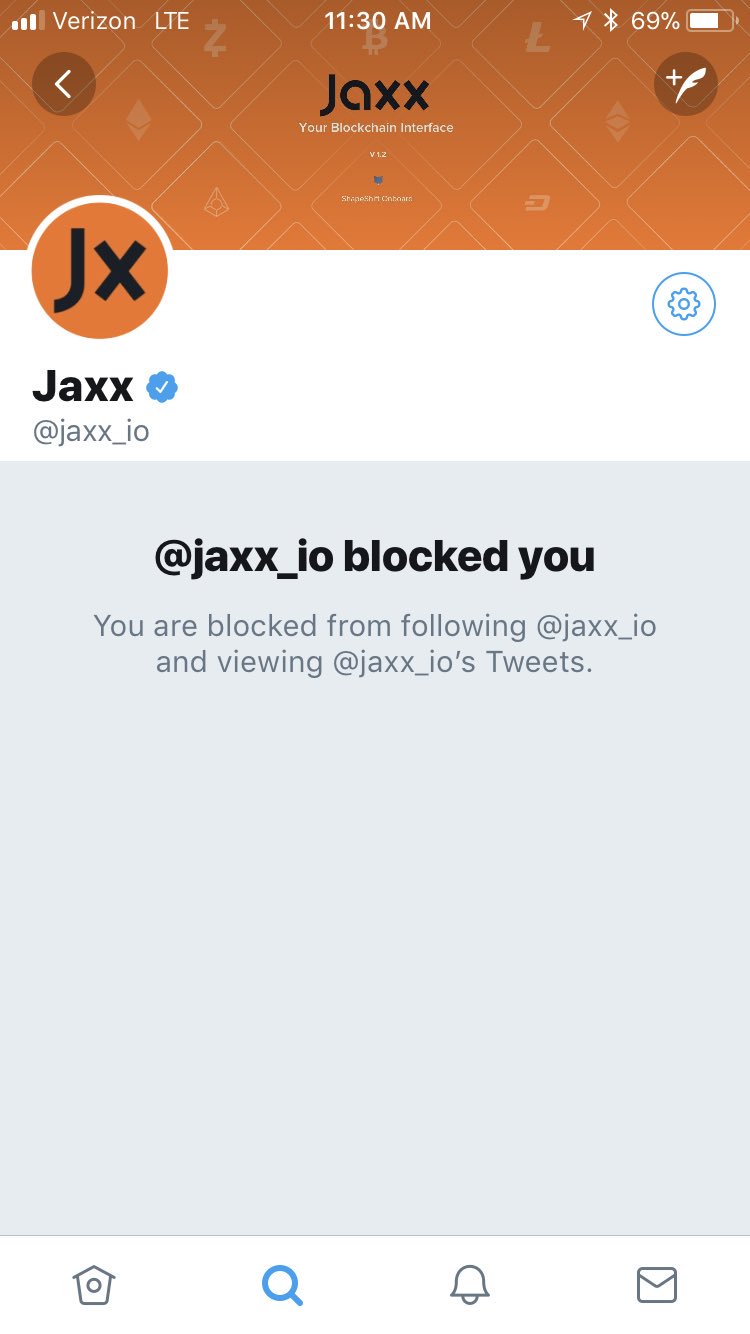 My advice to anyone still using this POS wallet at this point (and I don’t mean “Point of Sale”) is to get your private keys and get out of their web of deceit as fast as you can. In an environment with so many variables, scams, hype markets, panic sales, instability, etc… Jaxx is acting in an extremely unprofessional and SHADY manner here. I see red flags all over the place as should you if you’re a Jaxx customer. Any wallet or even an exchange is a better place to have your crypto stored right now than Jaxx, so be extremely cautious and vigilant. Get what’s owed to you and get out of Jaxx.

This article currently has 5 comments.

i agree, Jaxx is not only keeping bitcoin cash, they are so unclear on a timeframe that one cannot even use their bitcoins without risking the loss of a equal amouts of b7tcoin cash. jaxx needs to implement or just say they will not and let us all be on our way. Too bad, I liked Jaxx.

Obviously I agree with you wholeheartedly… it’s really a shame for those that don’t know what to do with their private keys. I would imagine by this time next year, there is no Jaxx… I predict they will crumble. If they can’t handle a task that the rest of the industry has done already, there’s no way they can compete in the “crypto wallet” market. Therefore == Bellyup!

One of Jaxx’s founders and co-founder of Ethereum Mr. Anthony DiLorio has just recently teamed with Marc Cuban and company for the hype coin of the year (#fail). Also, Jaxx keeps announcing all these new hires and we all know that no one works for free. Maybe they’re getting paid in owed BCH?

why put hashtags like #fakenews and #falsepromises when they don’t hyperlink to anything? Defeats the purpose of using hashtags.

Not really, you read them, then commented about them… And you’re telling me that I defeated the purpose? Hashtags are about more than just an href=”#justsaying”